Technology executives announced plans today to grow in Fishers, resulting in 223 high-wage jobs. The announcements, in partnership with the City of Fishers and the Indiana Economic Development Corporation, include Fishers-founded firms as well as national technology companies.

“Our administration will ensure we are doing what is necessary to protect our community during this pandemic, but we must also turn an eye to economic recovery and resiliency,” said Fishers Mayor Scott Fadness. “Our intent is to lead boldly and with clarity during our economic recovery. Today is a start in that direction.”

Genezen Labs, a viral vector production contractor for gene and cell therapy, is currently located in Launch Fishers and plans to open an R&D lab and clean manufacturing facility with office space in the Crosspoint business park. Genezen has committed to growing by 36 employees by 2024 and investing $7.8 million in capital improvements as part of their incentive package.

“We are extremely grateful to the City of Fishers and to the IEDC for making Fishers a supportive place to grow our business,” said Bill Vincent, CEO of Genezen Labs. “Gene and cell therapies have shown amazing potential in treating cancer and rare genetic disorders, but manufacturing capacity has proven to be a bottleneck in advancing these therapies to help patients. Genezen’s expansion will not only help alleviate this challenge but will provide an anchor for developing other gene therapy and biotech companies in central Indiana.”

The City of Fishers Common Council will consider real and personal property tax abatements for Genezen at the upcoming April Council meeting. The IEDC offered conditional tax credits based on the company’s job creation plans. These tax credits are performance-based, meaning the company is eligible to claim incentives once Hoosiers are hired.

Focused on helping clients maximize their investment on technology, this new Salesforce partner comprised of veteran Salesforce and ExactTarget leadership announced plans to grow its operations by 57 employees by 2024. The national firm has established its headquarters at Launch Fishers.

“As our country meets the challenges of this economic recovery, we’re excited to be leading Salesforce’s mid-size and enterprise customers’ digital transformation,” Douglas Karr, Co-founder, Partner and VP of Highbridge. “We know that companies that are mature in their digital transformation are 26% more profitable, generate 9% more revenue, and have a 12% higher market valuation. With the combined veteran experience of our team, we know that we can drive every company’s success. By maximizing their technology investment, prioritizing business objectives, and providing savings through automation & efficiency, Highbridge will put our clients on the road to increased revenue and profitable growth. We are thankful that the City of Fishers and the IEDC recognized our potential and are assisting us as we hire and develop local talent to help our community and country rebound.”

The IEDC offered conditional tax credits based on the company’s job creation plans. These tax credits are performance-based, meaning the company is eligible to claim incentives once Hoosiers are hired.

Washington, D.C. area-based U.Group announced plans to establish an Indy metro location in January 2020. The digital transformation partner selected Fishers for its Midwest office. U.Group plans to create up to 130 high-wage jobs in the surrounding community, spanning the full range of its capabilities—including technology, data, consulting, and creative services.

“We are excited about expanding into Indiana,” said CEO Lena Trudeau. “We were looking for more than an office location—we wanted to be part of a community. Folks at Fishers and the IEDC understood that from Day 1. We appreciate their support and look forward to working together for years to come.”

Ms. Trudeau went on to emphasize Indiana’s importance in the company’s long-term growth strategy. “U.Group continues to see strong demand for our services, so we have no plans to slow down our recruiting efforts. Bringing high-skilled jobs to the community is more important now than ever, and we’re excited to be an early partner in Fishers’ tech ecosystem,” she added.

The City of Fishers Common Council will consider real and personal property tax abatements for U.Group at the upcoming April Council meeting. The IEDC offered conditional tax credits based on the company’s job creation plans. These tax credits are performance-based, meaning the company is eligible to claim incentives once Hoosiers are hired.

This announcement follows news from Knowledge Services on their revised plans for relocating to Fishers. The company announced the purchase of the former Marsh Headquarters building located at 9800 Crosspoint Blvd. in Fishers on Tuesday. The Indianapolis-based government and commercial workforce management software company announced its original plans to build its headquarters in Fishers in 2017.

“Indiana’s reputation as a competitive tech hub continues to grow as the state gains recognition and attracts investment from innovative firms across the U.S.,” said Indiana Secretary of Commerce Jim Schellinger. “We’re excited these companies are choosing to scale their operations in Fishers, and we’re confident that central Indiana’s supportive tech community and skilled workforce will allow them to thrive.”

For more information about growing your business in Fishers, visit fishersecondev.com. 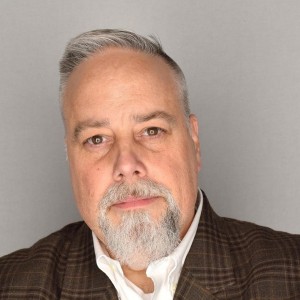 Douglas is globally recognized as a leader in digital transformation. He's the co-host of Dell's Luminaries podcast, author of a Corporate Blogging Dummies Guide, is the founder of Martech.zone, and is a member of the Forbes Agency Council. He keynotes and speaks at conferences all over the world. Douglas also trains and develops workshops and curricula in coordination with Butler's Lacy School of Business.
Search